Working in mixed media, many of Jan's vibrant pieces feature stamps, pages from children's storybooks and Japanese calligraphy, as well as details that even the most discerning eye doesn't pick up on the first few viewings.  Jan is inspired by colour, patterns, shapes and nature, as is evident in her work.  She enjoys "the colour coordinating, the form coming together - the way it can express and emote."

Having studied art in high school, Jan always felt at home in the art rooms. It wasn't until years later when she became involved in an art show at her children's primary school that she reconnected with the "hands on" side of art again. Since taking a class at The Creative Space, where experimentation was encouraged, her work blossomed and Jan has been using her new found confidence to try out new techniques, and learning that growth as an artist takes place through experimentation and observation.

US-born Maureen Whitaker is an award-winning artist/graphic designer based on the Mornington Peninsula. She graduated with Highest Honours from Platt College of Art & Design in Colorado and was a freelance graphic designer for over 15 years before adding a paintbrush to her toolbox.

Best known for her quirky mixed-media collage pieces, her work combines interesting layers of textures with vibrant colours in an array of mediums.

“My style can best be described as ‘eclectic’. I love to experiment with textiles, papers, organic objects and recycled bits and pieces, and find interesting ways to incorporate and manipulate them in an array of mediums and subject matter to create complex, textured pieces. I enjoy pushing the creative envelope and finding original and unusual ways to translate the images in my head onto the canvas, giving them an ‘element of surprise’ that draws people in. I take much of my inspiration from the fabric of Australian life, from the natural land and beachscapes to industrial, urban cityscapes. People are often surprised by what’s there in my pieces when they look closely.”

The trio met while volunteering at the FRANK Cre8 gallery and, discovering a shared passion for art, decided to hold their very own debut exhibition.

The definition of “Divergent” is “Tending to be different or develop in different directions” – and this reigns true in both the artists’ works and backgrounds.

Susan Young is a Melbourne based visual artist, born in 1972 in Hamilton, Victoria, whose love of painting started as a child.

During her time at Swinburne Secondary College, she studied under Judy Alexandrovics who helped develop her talent, and she began winning competitions from a early age.

Susan's work has been shown at Frankston's Cube 37 and entered in various shows at The Peninsula Arts Society.  She recently designed the cover for an album that won the Melbourne Blues Society “Victorian & Tasmanian Blues Music Award 2016”.

Manjusha Rajan  is a multi talented Indian-born Australian artist, currently pursuing her Masters in Cultural Heritage at Deakin University.  She is also a  highly accomplished classical Indian dancer and singer.

Manjusha, also fondly known as “Singari”, specialises in abstract line art that is heavily influenced by her post-Colonial Australian and Indian heritage.  She is very excited to be a part of this exhibition and to volunteer at FRANK Cre8, as well as several other galleries, museums and heritage listed sites in Victoria.

Kristen Kinstler is an artist from Brisbane who relocated to Melbourne in 2014.

Born in Papua New Guinea, Kristen always wanted to be an artist when she "grew up".

She studied art throughout high school and her work was first exhibited in 1997 as part of the senior art student group showing.

After 13 years of working in the insurance industry and neglecting her creative side, Kristen decided to switch vocations and took up freelance graphic design and photography.  Only in the past year Kristen has finally returned to her true calling - creative art. 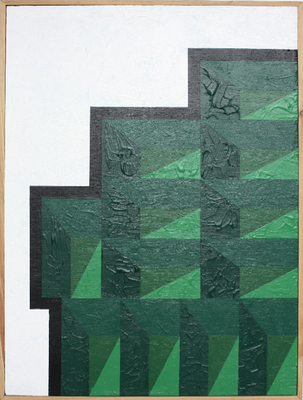 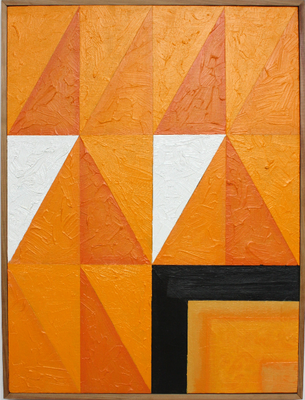 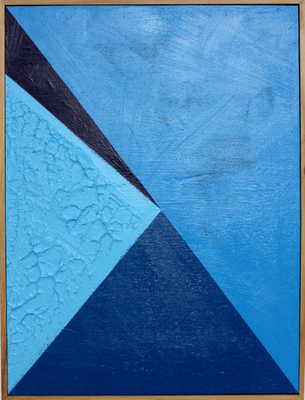 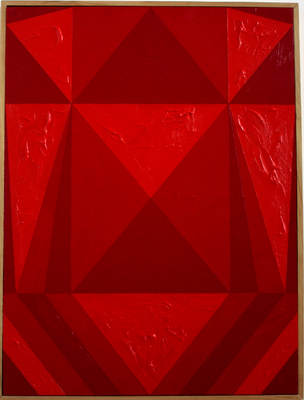 Blake Widdicombe was born in Canberra in 1996.  He moved from the sleepy capital to 'notorious' suburban Frankston in 2007, in which he continues to live and work.  He is currently completing an Advanced Diploma of Fine Art at Chisholm Institute.

Blake's artistic foundations derive from his interest in graffiti culture. His was an adolescence filled with downfalls, rebellious notions, and 'run ins' with the law. A critical point in this early career was the seizure of his art diaries by a squad of Met police armed with a warrant for his arrest.

While his artistic practice has since evolved, Blake's growing body of work remains a rebellious and corporal dialogue between media and the body, the artist and the social landscape. His dynamic and playful explorations of style, colour and form echo cubism and geometric abstraction. Yet, rooted in the present, Blake’s interdisciplinary approach is equally influenced by hip hop and the ‘hood mentality.’

His previous group exhibitions include the Walker St gallery Dandenong, Brightspace, St Kilda, and the Cube, Frankston. His first solo show will be held at Frank gallery, Frankston in November, 2016. Beyond that, who knows what he’ll do next. They say he plots shows like robberies. 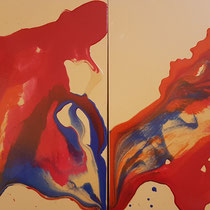 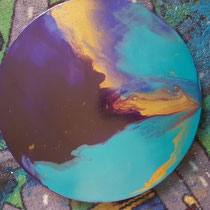 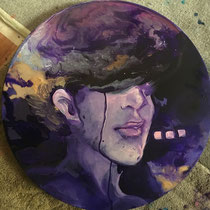 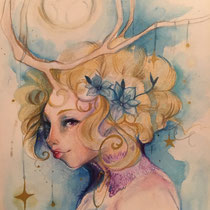